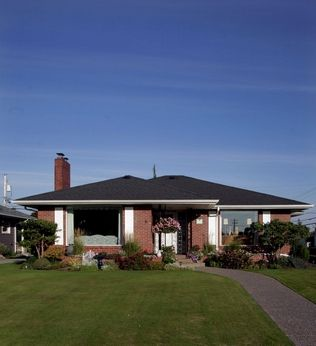 EVERETT — Nominations are being sought for the 19th annual Monte Cristo Awards given to property owners who have shown extensive pride in their property.

The awards honor homes and businesses in the city limits for their beauty and attractiveness. Anyone can nominate a property through the deadline of June 1.

Awards are given in three categories: Rejuvenation and Transformation, Pride of the Neighborhood, and Neighborhood Friendly Business. Award recipients receive a Monte Cristo Award plaque for placement on the exterior of their home or business. The Everett Council of Neighborhoods and the City of Everett Office of Neighborhoods sponsor the awards.

The selection committee is made up of representatives of the Council of Neighborhoods, community volunteers and city staff members.

Each year, previous Monte Cristo Award winners are evaluated for the Marian Krell Award in honor of the late city councilwoman who was a longtime neighborhood advocate active in issues involving the arts in Snohomish County and city parks.

This award honors property owners who have excelled in beautifying and maintaining property over the years.

An awards ceremony for the winners is scheduled for 6:30 p.m. Oct. 10 at the Everett Performing Arts Center, 2710 Wetmore Ave.

Nomination forms are available to pick up at the Everett Library branches, the City of Everett's office lobby in the Wall Street Building, the PUD, and at local home improvement, paint and lumber stores and through neighborhood associations. Or to request a nomination form, contact Wendy McClure, coordinator for the Office of Neighborhoods, at 425-257-8717 or wmcclure@everettwa.gov.

Related Articles
Economics Thinking of Selling Your House? 5 Reasons to Do it Now by The KCM Crew on September 10, 2013 ·in For Sellers, Pricing Many now realize that it is a great time to buy a home. Today, we want to look at why it might also be an opportune time to sell your house. Here are the Top 5 Reasons we believe now may be a […]
Everett 2013 Local Summer Concerts   Published: Friday, July 5, 2013, 12:01 a.m. in The Herald Arlington Music in the Park: Free performances, 6:30 to 8 p.m. Thursdays, Aug. 1 through 22, Terrace Park, 809 Fifth St., Arlington; 360-403-3448, www.arlingtonwa.gov/recreation.Aug. 1: Knut Bell and the Blue Collars Aug. 8: Darrel Mansfield Aug. 15: The Ride Aug. 22: Arlington's Blues Playground […]
Everett 15 Great Local Family-Friendly Field Trip Ideas Summer is a great time to get out and explore our great community with your kids!  Click here for some great ideas on where to go to make the most out of your summer free time! – Debi