Mortgage Interest Rates: Where Are They Headed? 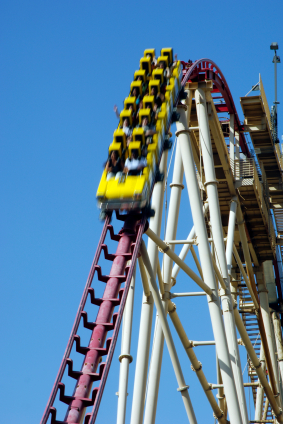 Today’s $20,000 question is…Where are mortgage rates headed in the near future? Most believe the rapid rise in rates experienced over the last month will not be sustained and that they will level off into a range between 4% and 5%.

“It is impossible to predict. However, we expect there to be a lot of volatility, probably between 4.5% to 5%.”

What about going forward?

“I don’t think the Fed ultimately would be troubled with a 6.5% mortgage rate.”

Why wouldn’t the Fed be troubled? They have artificially kept rates low in order to stimilate the economy. As economic indicators begin to show signs of a recovery, the stimulus will be pulled back and rates will rise.

“As the economy continues to improve, we expect to see continued upward movement in long-term interest rates.”

Buckle in!! The rollercoaster ride will probably continue.